A pinnacle of higher education

WHiP - The Importance of Having a Strong Pseudorandom Generator

Welcome to the What’s Happening in Philosophocle (WHiP) column. Recently, we have gotten several complaints that the blog is “full of gossip,” “full of hot air,” and “all words and no pictures.” This column will remedy the situation: every time I will bring you an interview with a professor, who will tell us how their research is relevant in everyday life. Today I bring you an interview with Professor Rando, who has a dual appointment in the Math and Technology Departments. He is also a acclaimed storyteller, and the only Professor to have won the annual Scoop Story Slam.

ME: Professor Rando, could you tell us about your research on randomness? As we all know, randomness is very useful in everyday life—a dice game would be pretty dull without it! And of course, the Randomizer is an integral part of the hazing, I mean initiation, process for Creativists.

PROF. RANDO: Ah, let me tell you a story about the first Randomizer that was ever used on Philosophocle Campus.

ME: You mean the Randomizer that Creator, the founder of the Creativists, created?

PROF. RANDO: No, Junali, the first Randomizer predates even the creation of the Creativists.

A long, long time ago in Philosophocle there was a student named Decitis who was incapable of making decisions. For example, when he went to Cold Hills Ice Cream Shoppe with his friends, he couldn’t decide which flavor to get. Every time, he would either end up getting nothing - as he would still be trying to decide when everyone else had licked clean their sticky fingers - or end up getting a scoop of every single flavor. In the latter case, however, there was still the problem of which order to eat the scoops. There are \(20!\) ways, which is a very large number, and that doesn’t count the number of ways if you can eat a bite of strawberry siesta, then a bite of banana bonanza, then a bite of strawberry siesta… All the ice cream would melt before he decided.

ME: He’s not the only one. Seriously, they need to institute a time limit at Cold Hills.

PROF. RANDO: Ice cream was, however, the least of his worries. Decitis almost flunked out of Philosophocle. He had trouble on multiple-choice tests and even more trouble on open-ended questions, and he also had trouble eating because there were too many options in the dining hall. He couldn’t decide which courses to take, so his advisor had to choose courses for him, and then he couldn’t decide the order in which to do the homeworks. He couldn’t decide when the best time to sleep was, so he would lay on his bed and try to decide whether or not to fall asleep. Sometimes he did make decision successfully, but every decision drained his mental energy. So after he successfully decided that he would have pizza for lunch, he had no energy to go to his afternoon lectures, and would fall asleep in the dining hall.

He went to the Center for Physical and Mental Wellbeing1 to find a solution.

ME: And they prescribed him a randomizer?

PROF. RANDO: This was in the old days - before we even had randomizers!

ME: Surely this is just a neurological problem that “modern medicine” can take care of?

Anyway, the solution was very simple. The mathematicians invented the Randomizer. The first Randomizer was a long strip of paper that was rolled up in a little box, like a measuring tape. Any time Decitis needed to make a decision, he would first number all the choices, and then pull the tape out one notch and read the next number. If the number was “3” and he was in the Cold Hills Ice Cream Shoppe, he would pick the third flavor, which is “Triple Chocolate Trouble.” They didn’t call it a Randomizer, of course. They called it an “Oracle” who knew what was best for him in every situation.

Decitis was cured after that. He obtained balanced and nutritious meals of many different ethnicities at the dining hall, checked out books from the library ranging from “100 recipes for pie” to “A history of Madagascar”, and tried new hobbies such as rock climbing, knitting, and taiko drumming. He still, however, did terribly on multiple choice tests.

Decitis became a famous cook in his dorm - none of his dishes were combinations that anyone had seen before, and soon everyone was asking if they could have a spoonful of his concoctions. His dormmates started carrying spoons in their pockets, so they could steal spoonfuls when he wasn’t looking. Previously, he only wore his high school uniform, but now his wardrobe had clothes of many different colors, and he began to stand out.

Decitis soon became very popular. This is because it is not necessary to be right to be popular - only to exude an aura of confidence that everything one does is right. He became very selective about his friends though - which, unbeknownst to everyone else, were chosen by consulting his Oracle. People asked him how he was so confident about every decision he made, and he told them about his Oracle.

Of course, his followers wanted Oracles of their own, too. Rather than send them to the Mathematics department, however, he declared himself the sole priest who could interpret the results of the Oracle and told them that in order to get the fruits of his decisions, they would have to copy what he did. His followers got into line after him during lunch, and would get exactly the same thing that he got. They sat together at lunch and parroted whatever statements he made.

PROF. RANDO: It wasn’t the same, though - for example, when an attractive female student named Piper asked Decitis for a date, he consulted his Oracle, who told him to accept. All his followers also said yes - but well, they were too late. And she would turn out to be his downfall.

ME: I can’t imagine who would want to date someone who is so full of himself.

PROF. RANDO: Being a head priest to your very own religion carries a certain kind of charm. Remember, this was in the old days, before the expansion of the Religion department and the establishment of the Ideologies Fair, before there were more religions than students.

Decitis and Piper were in a relationship for one month, after which Decitis got bored and asked his Oracle if he should stick with Piper. Well, Piper didn’t like being dumped because his Oracle told him to. Being a very resourceful girl, Piper had made a copy of Decitis’s room key, which she used to sneak into his room and look at his Oracle. The string of digits looked random. In anger, she tried to rip the whole strip out, but it had a kind of stopper mechanism so that only let one digit out at a time. The whole mechanism was quite tamper-proof - she would have to take a hammer to break the whole thing. Just when she was about to go acquire a hammer, she looked back over the string of digits - and realized that she had seen them before.

They were the digits of pi. 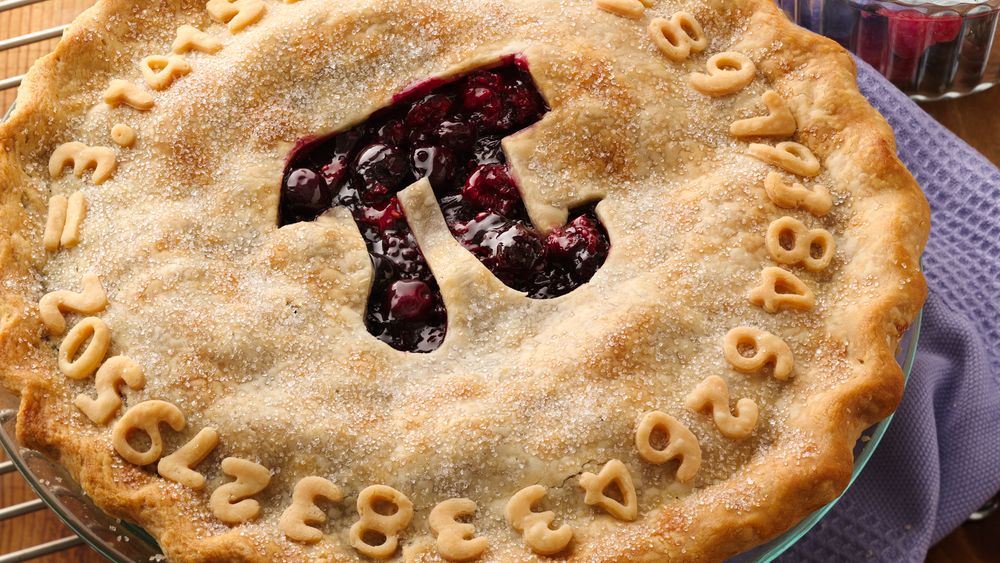 PROF. RANDO: You see, Piper used to be a math major. It was a pity she had gotten so obsessed with memorizing the digits of pi that she discontinued the study of higher math. We used to have a Pi Recital contest on Pi Day in the Mathematics department, but after she made us stay up all day and night, we’ve capped the number of digits people are allowed to recite at 100.

ME: What did she do with this knowledge?

PROF. RANDO: Piper got a group of Decitis’s enemies. She now knew all the decisions that Decitis would make, so she arranged them to be the wrong decisions. For example, if the next digit were a five, she might have her friend Eiscreemy invite Decitis to the Cold Hills Ice Cream Shoppe, where he would certainly pick the fifth flavor, which is “Fresh Fiery Habanero, now with five times the fire!” If the next digit were a three, she might have her friend Matt Cher rearrange the roster of the Blind Date-a-thon so that Lyra “Lying” Chitter would be the third person matched with Decitis. In advance of a shopping expedition, a team of enemies would reshuffle the spices and seasonings so that he would pick the worst possible combination.

By the time that he had figured out what was going on, he had just finished several multiple-choice final exams with a score of 0%, and flunked out of Philosophocle.

ME: Serves him right. What’s the moral of the story, Professor Rando?

PROF. RANDO: Ah, the moral of the story is to never trust your pseudorandom number generator, Junali. Because if someone is able to predict your Randomizer before you are…

ME: But why would the Mathematics Department give Decitis the digits of pi, instead of something truly random?

PROF. RANDO: There is no true randomness in the world, Junali, only the semblance of entropy. If I were to know the positions and velocities of all atoms, then I could predict the next thought that comes into your brain, Junali.

ME: Why not something… pseudorandom?

PROF. RANDO: Ah, the digits of pi are pseudorandom - to someone who doesn’t know the digits of pi! Anyway, mathematicians have much loftier things to think about than the problems of someone who is unable to decide which ice cream flavor to get! We have much harder problems to deal with, such as “out of the million possible conjectures I could make, which will be beautifully correct?” We simply flipped to a random page in the “Encyclopedia of Mathematical Constants” and asked a grad student to copy the numbers. We never claimed the numbers were random. In fact, we nicknamed it the Decider - it was only afterwards that it became known as the Randomizer.

ME: I’m glad you chose pi. Decitis deserved what was coming to him.

PROF. RANDO: Indeed. There is no blasphemy that tempts the gods - or a jealous girlfriend - so much as proclaiming yourself the head priest of your very own religion! But of course, the primary moral is that if you do use pseudorandom number generators, you must choose one with strong theoretical guarantees. Otherwise, you may find your actions extremely predictable by your enemies…